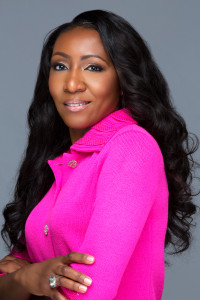 Shevelle McPherson was born and raised in Newark, New Jersey. After graduating high school, she attended Rutgers University in Newark, New Jersey where she earned a Bachelor of Science in Business Management and Accounting. She went on to attend Seton Hall Law School in Newark, New Jersey where she earned her Juris Doctor. After graduating from Seton Hall Law School, she moved to Philadelphia to serve as an Assistant District Attorney. She served as an Assistant District Attorney for nearly 5 years where she prosecuted thousands of cases such as: municipal court matters, juvenile/family court matters, felony waiver matters, and major crime matters. Thereafter, she formed McPherson Law Offices with offices currently located in Philadelphia, North Jersey and South Jersey. Her extensive criminal litigation experience, in both Philadelphia and New Jersey, includes successfully defending clients in murder, rape, robbery, and narcotics cases. She also litigates civil matters and has served as Legal Counsel for the North Jersey Pop Warner Organization. She earned her LLM in Trial Advocacy from Temple University in Philadelphia. She is admitted to practice law in New Jersey, Pennsylvania and in the District of Columbia. Shevelle was selected a Pennsylvania Rising Star twice and she has been featured in the Super Lawyer Magazine, the Philadelphia Magazine and the South Jersey Magazine. Shevelle’s next best seller “Soaring Beyond the Heels of Adversity” is soon to be released.