Whether you're preparing your own tax return or paying someone to do it for you, tax season can be a stressful time of year. Make things easier on yourself by pulling all your information together sooner rather than later--that includes a copy of last year's tax return, W-2s, 1099s, and any deduction records you have.

If you're not able to file your federal income tax return by the due date, you can file for an extension using IRS Form 4868, Application for Automatic Extension of Time to File U.S. Individual Income Tax Return. Filing this extension gives you an additional six months (until October 17, 2016) to file your federal income tax return. You can also file for an automatic six-month extension electronically (details on how to do so can be found in the Form 4868 instructions).

Pay what you owe

One of the biggest mistakes you can make is not filing your return because you owe money. If the bottom line on your return shows that you owe tax, file and pay the amount due in full by the due date if at all possible. If you absolutely cannot pay what you owe, file the return and pay as much as you can afford. You'll owe interest and possibly penalties on the unpaid tax, but you will limit the penalties assessed by filing your return on time, and you may be able to work with the IRS to pay the unpaid balance (options available may include the ability to enter into an installment agreement).

It's important to understand that filing for an automatic extension to file your return does not provide any additional time to pay your tax. When you file for an extension, you have to estimate the amount of tax you will owe; you should pay this amount by the April 18 (April 19 if you live in Massachusetts or Maine) due date. If you don't, you will owe interest, and you may owe penalties as well. If the IRS believes that your estimate of taxes was not reasonable, it may void your extension.

Though the opportunity for many potential tax-saving moves closed on December 31, the window is still open for IRA contributions. You generally have until the April due date of your federal income tax return to make contributions to a traditional or Roth IRA for the 2015 tax year. That means there's still time to set aside up to $5,500 ($6,500 if you're age 50 or older) in one of these tax-advantaged savings vehicles.

With a traditional IRA, you're generally able to deduct the full amount of your contribution, provided that you're not covered by a 401(k) or another employer-sponsored retirement plan; if you or your spouse is covered by an employer plan, the ability to deduct some or all of your contribution depends on your filing status and income. With a Roth IRA, there's no up-front deduction, so contributing won't affect your 2015 tax situation, but it's still worth considering given that future qualified Roth distributions are free of federal income tax.

You also have until the due date of your return, including any extension, to undo ("recharacterize") a 2015 Roth IRA conversion. For example, if you converted a fully taxable traditional IRA worth $100,000 to a Roth IRA in 2015 and that Roth IRA is now worth only $50,000, the $100,000 will be included on your 2015 federal income tax return. If you recharacterize the conversion, however, it's as though it never happened--you have a traditional IRA worth $50,000, and no income or tax resulting from the conversion. If you do recharacterize a 2015 Roth conversion in 2016, you're allowed to convert those dollars (and any earnings) back to a Roth IRA after a 30-day waiting period (taxes due as a result of such a reconversion would be included on your 2016 federal income tax return).

You don't have to do it alone

When it comes to your taxes, you want to make sure that you get it right. A tax professional can answer any questions you have, help you evaluate your situation, and keep you apprised of any legislative changes that might affect you. 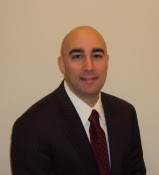