Minan Wong has been in fashion for over 18 years, having worked for Donna Karan and the wonderful team at Eileen Fisher.

At the young age of nine, she was Inspired by her Audrey Hepburn's confidence and feminine strength.  She drew pictures of fashion that she saw on movie stars and beautiful women. Growing up in New York, she was fascinated with Chanel, Prada, Gucci, and Valentino. At the time, she knew that she wanted to be a part of the industry! 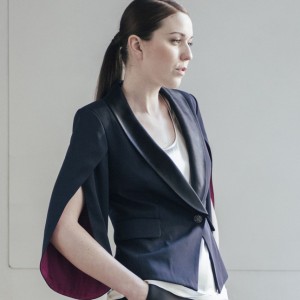 Minan sketched her way to FIT, where she designed a jacket made from a recycled IKEA rug. According to Minan, she had a blast making that jacket!  "It was cheerful, eco-friendly, and had a worldly appeal. But I never thought it would go anywhere!"  Well, she ended up winning the UNESCO and Felissimo International Competition. Suddenly her designs were being shown at the Louvre in Paris and covered by Women's Wear Daily and The Daily News. 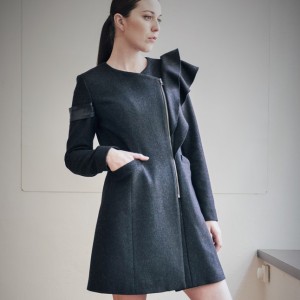 When Minan decided to launch her own collection, she brought her journey into the details.  Minan stated: "When I design, I get a surge of energy. I love clothing that exudes a vibrant, youthful aura and can support the strength of a woman.  My career has been delightfully unexpected because I followed my dreams. Now, I want to join every woman in following theirs!"

Minan is quite an inspiration!