Best of The Best

best of
the best vacation spots 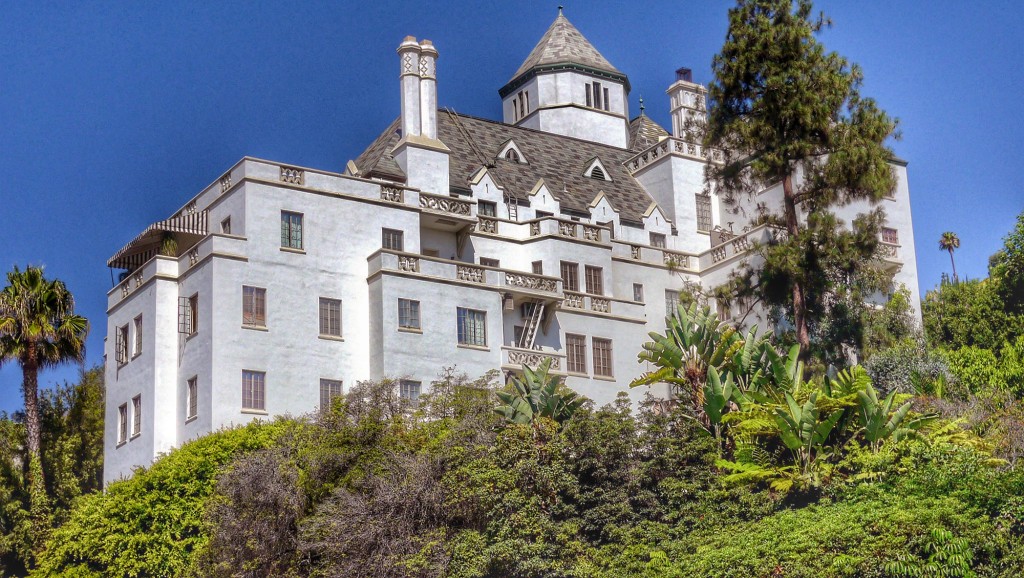 Chateau Marmont has been the home to much of LA’s history. Humphrey Bogart, Errol Flynn, Greta Garbo, Marilyn Monroe, Bob Dylan, Jim Morrison, Paul Newman have all have stayed at the Chateau. Clarke Gable and Jean Harlow carried out their shocking affair - during Harlow’s honeymoon. John Belushi overdosed in this building. It was built in 1929 as a reproduction of a French castle in the Loire Valley. The rooms are ‘vintage’ and sometimes entirely original. At the very least you must visit the divine alfresco restaurant followed with a necessary night cap at low-key Bar Marmont to complete your Hollywood experience.

Palm Springs has always been the decadent weekend retreat for the fabulously wealthy. The magical Parker Palm Springs is a five star modern hotel featuring two stylish restaurants for your dining pleasure - after lounging by their saltwater swimming pool all day. The Palm Springs Yacht Club Spa is ranked as one of the Top 10 Spas by Conde Nast Traveler. Do not miss the luxurious 30 minute scalp massage. 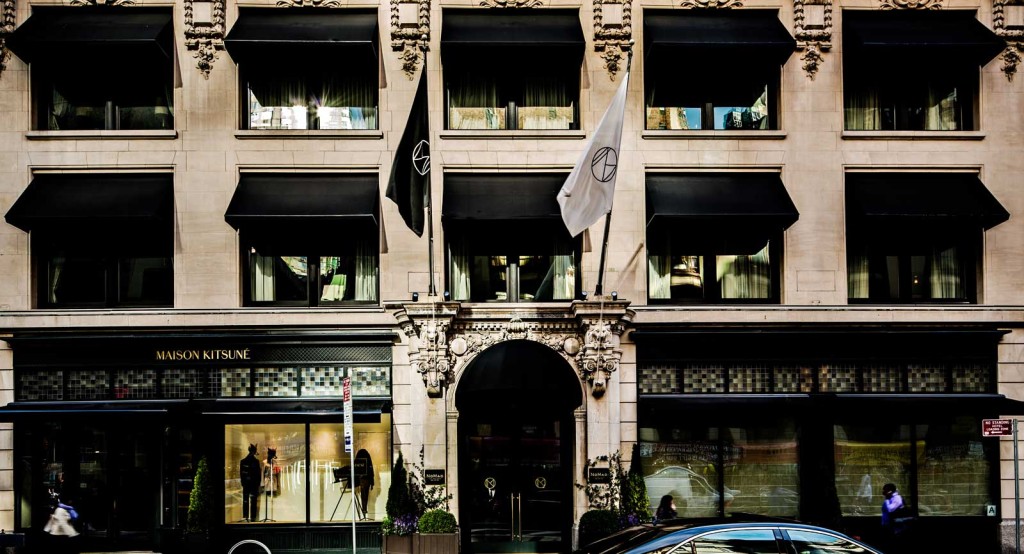 NOMAD craftily gained its name from ‘North Of Madison..Square Park’. NOMADSQP wasn’t sounding quite right so they cleverly dropped the last 3 letters, and NOMAD it was. There is something very French about this place, namely the rich velvet draping, high ceilings and old-world elegance. You must at least visit the restaurant inside Nomad and sample the truffle and foie gras infused chicken, from culinary sauvant Daniel Humm of 3 Michelin Star restaurant fame (Eleven Madison Park). This dish alone should make Michelin re-evaluate their star system and bring it up to an unprecedented 4 stars.

The James Hotel, situated in Soho, features of New York’s most breath-taking rooftop bar ‘The Jimmy’. This is the ultimate place to bring your pal who is visiting New York, or to throw a swish birthday party or event. The cocktail menu is classically inspired cocktail with ingredients including syrups, bitters and juices prepared in-house from herbs the Chef’s Garden. The David Burke kitchen downstairs is one of the best restaurants in Soho. 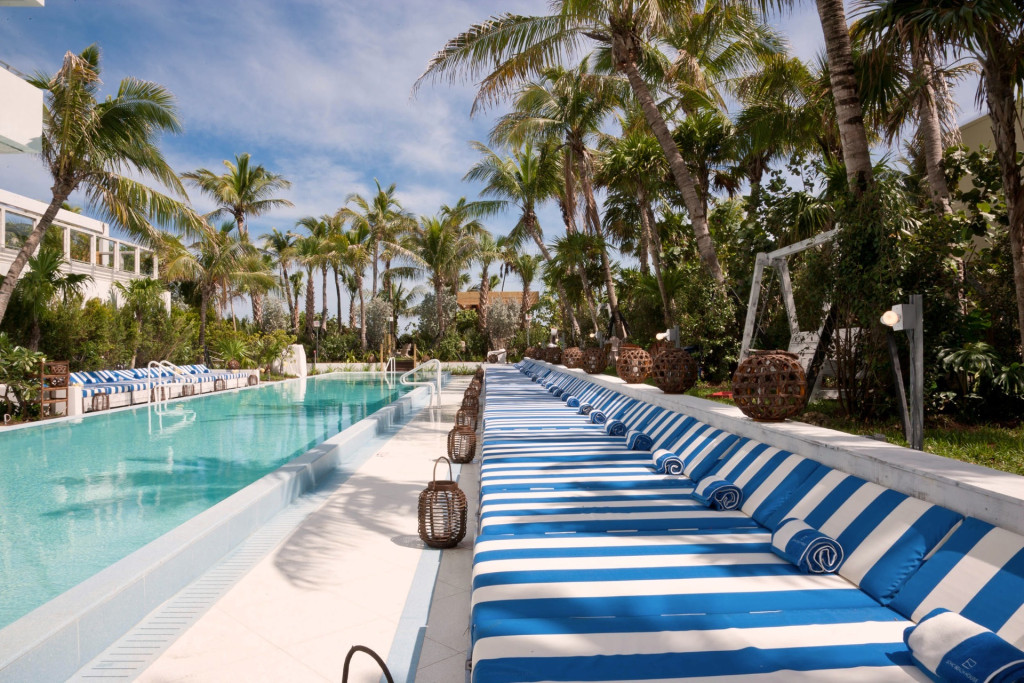 South Beach’s most sophisticated Art Deco hotel which features the perfect blend of the old and the new - with sister hotels in London, Berlin, New York and West Hollywood. It is a members only club for the film and creative industries, however if you stay at the hotel you are allowed access. Miami’s best shopping destination, Bal Harbor is a short uber ride away. 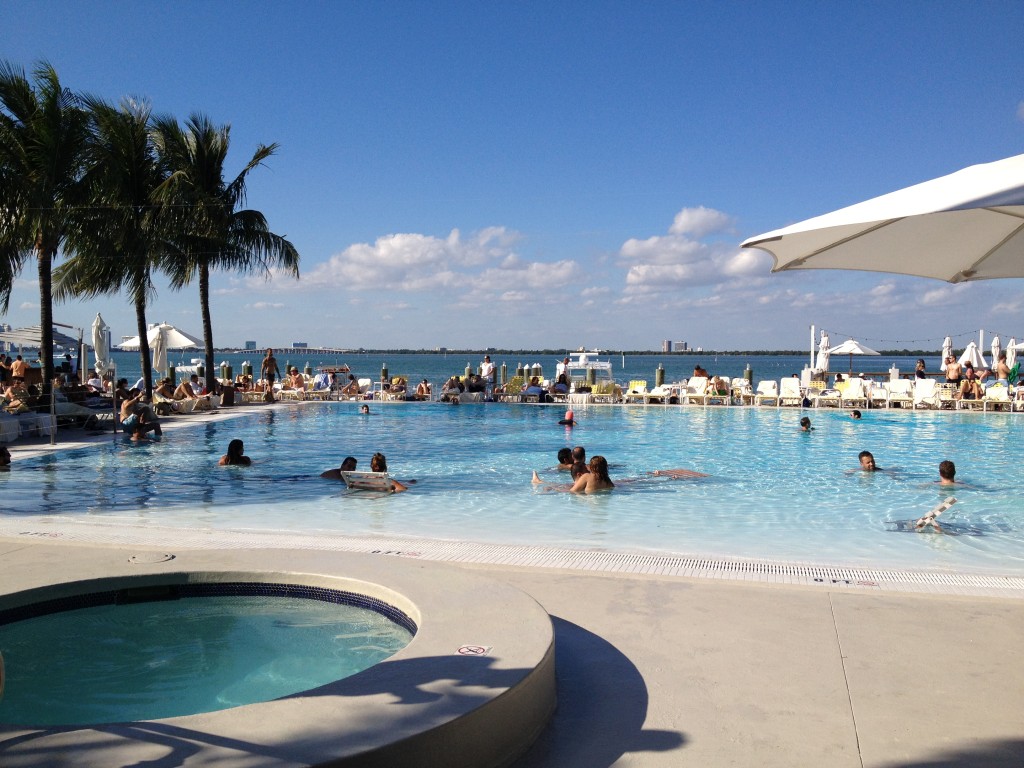 Hotel guru Andre Balazs did not miss a beat in The Standard Miami which is more health retreat than hotel. His retro hip and luxurious design has postcard views of Biscayne Bay. Holistic yet glamorous at the same time it offers the perfect place in which to zen out in Miami. Wander the hotel in your luxurious white robe. You won’t be the only one. The specialty juice bar offers cold pressed juices which even taste good. The Spa offers a nutritionally complete program if you are courageous enough to seek out a cleanse. 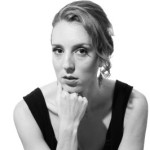