Every Year, for 12 days in May, the small city of Cannes in South France turns into an extravaganza place for cinema players. It boasts such diverse events as black-tie screenings nights, and midnight movies on the beach, and it has grown a fairly intricate system of main events, side bars and awards.

In this article you will find what goes on during the Cannes Film Festival and why it’s so unique.

During the Festival De Cannes the fashion is as fabulous as the films. The Festival red carpet plays  the host to some of the worlds most spectacular gowns and jewels, the real definition “dress to impress”.

I was lucky to inherit my boyfriends mother's breathtaking” old Hollywood style” sparkling dress which made a big impression on the paparazzi and everyone I’ve encountered during my red carpet walk. The Croissete (main street along the Mediterranean coast in Cannes) was lit up in red and the entire street looked like a never ending red carpet. I had a  pleasure to walk down the street in my blinking green dress and I stopped and posed for the camera men every five feet.

Like I mentioned above, Hollywood stars cause cameras to go wild, but also they stay truthful to their mission as actors. Cannes Film Festival is considered the most prestigious and publicized Festival in the world, for that reason everyone in the cinema business dreams to get a chance to win the Cannes Film festival competition, and we all know that 60-plus years it attracted a "who’s who" of the world's top directors, stars and cinematic wunderkinds of the moment.

If you ever get a chance to attend the world’s most prestigious Festival… make sure to get your Tuxes and gowns ready, and most importantly don’t forget to smile for the cameras! 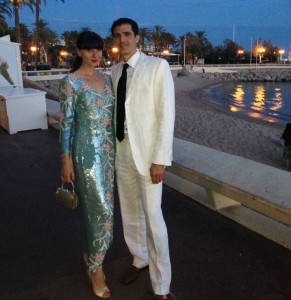 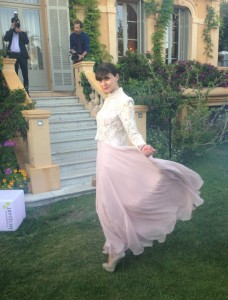