THE DOCTOR IS IN: DOCTOR ZHIVAGO COMES TO BROADWAY 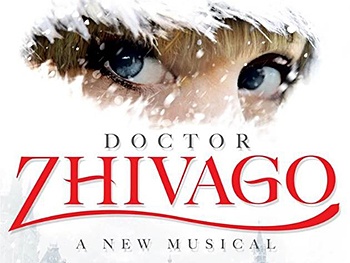 After a 2006 debut at the La Jolla Playhouse in San Diego and a successful run in several Australian cities throughout 2011, a musical version of “Doctor Zhivago” opens at the Broadway Theatre on April 21st.

With music composed by Lucy Simon of “The Secret Garden” fame, and lyrics by Michael Korie, who scored the Tony-nominated “Grey Gardens,” along with “Cinderella: A Musical” co-writer Amy Powers, the “Doctor Zhivago” musical is based on the Pulitzer Prize-winning novel by Boris Pasternak. 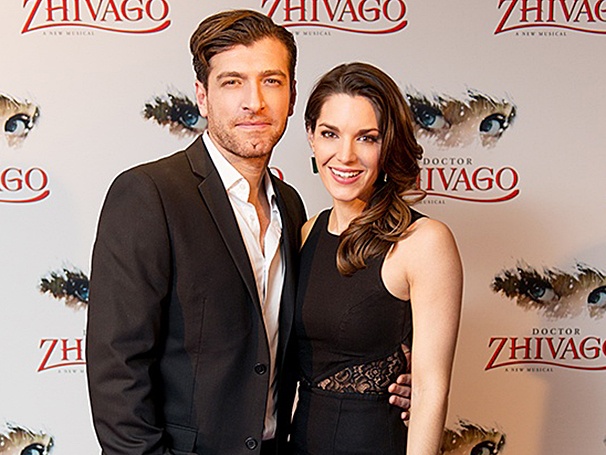 The epic tale takes place in the waning days of Czarist Russia. Yury Zhivago was raised as an aristocrat, maintaining idealized political beliefs in his adult years as both a poet and a physician. He marries young and has a son, but meets the mysterious Lara, a woman searching for her missing husband. Yury falls for Lara, but he is not alone, and soon finds himself in a competition against revolutionaries and aristocrats alike to win her over, all this as his country’s government crumbles around him. 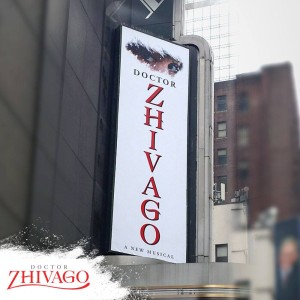 After the novel was refused publication in Russia due to its independent political themes, it was smuggled into Milan where it was put into print in 1957. “Doctor Zhivago” was later adapted into a five-time Academy-Award-winning film, and this musical incarnation was critically acclaimed in Australia. The Daily Telegraphwrote: “Simon’s score is a delight, with powerful ballads rubbing shoulders with jaunty chorus numbers and a stirring quartet.” The production went on to earn several highly regarded award nominations and won a Sydney Theatre Award. 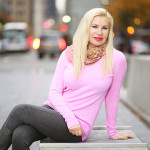