17-year-old Belgian
is the talent behind Talenty 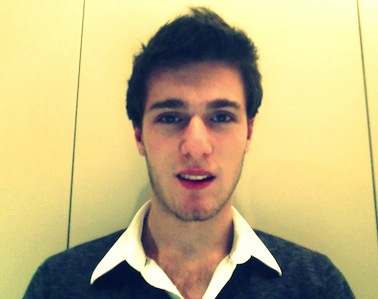 At 14, he launched his first mobile app. It reached the #1 spot on the charts in Belgium and France with 83,000 downloads in two days. At 16, he built a social network for people to showcase their talents. It was crowd funded and called Talenty. Such is the entrepreneurial spirit of 17-year-old Sacha Nasan from Belgium. We’ve heard tales of the very young Kumaran brothers from India. Then there’s Matt and Max of Menlo App Academy fame. Now here’s one from outside the ‘Silicon Valleys’. Starting young Sacha comes from a family of entrepreneurs who encouraged him to learn to code and create apps at 14. For the next two years he developed multiple iOS applications to sell them on the app store.

“But my biggest inspiration to create change,” he says, “came about when I participated in a youth movement at a very young age. I learned about leadership and management by leading and being responsible for a group of 20 children, organizing fund raising events.” 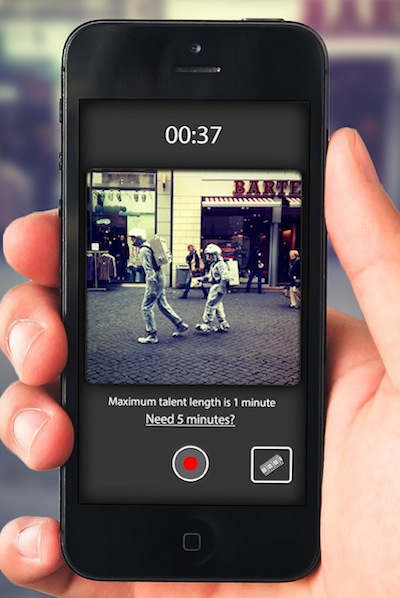 Early in 2013, while watching TV shows like ‘The Voice’ and ‘Britain’s Got Talent’, it occurred to him that there were thousands of talented people who did not get past the auditions or initial rounds of such shows. “That didn’t necessarily imply that they did not have the talent – it simply meant that on that day, they were surrounded by people who may have been more talented than them.” But was that reason enough for the world to not appreciate their talent? After all wasn’t Justin Beiber discovered on YouTube?

In May 2013, at 16, it came to him. “I decided to build a social network where an individual could post a video showcasing his talents to gain exposure.” He called it Talenty. With two years of app building experience under his belt, he assembled his resources and started building a plan. “I crowd funded my project and started to work on it right away. I paid four developers to develop it. While they handled the development, I took care of the rest – design, marketing, social media, etc.” Because of his age (17 years), he was compelled to start up in the city where he attended high school – Antwerp (Belgium). But Antwerp isn’t necessarily a hub for startups. And 17 isn’t necessarily an age to be building a business. But he didn’t let either get in the way of his ambition. “After establishing a fully functional social network, I started travelling to startup hubs like London and Tel Aviv where I met people who helped me greatly in terms of advice and suggestions.”

Talenty isn’t a physical platform, but rather a virtual app. It’s a social network where people can showcase their talents – singing, dancing, magic tricks and more – for the world to see. It gives talented people the opportunity to put themselves out there, acquire fans and gain a loyal following with the hope that eventually this could be translated into discovery by top executives around the world. Talenty is free to download, but works on a freemium model. Users can upload a one-minute video for free but have to pay one-time fee of $0.99 to increase the limit to five minute per talent. Additionally, users have the option to promote their own or others’ talents with credit which they have to purchase beforehand. 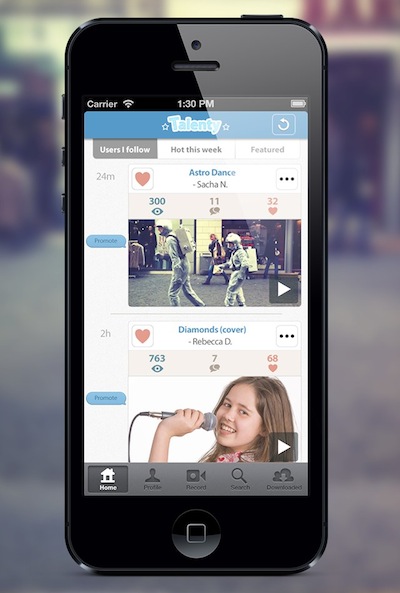 “I’m in high school and I still have to go to college, but for the moment I passionately enjoy working on Talenty. I see myself creating products and launching another start up while in college. For me, believing in my idea and being passionate about it were keys to my motivation. My biggest surprise was that I received emails from children and teenagers thanking me for creating this app. When I receive an email from another teenager who isn’t aware of the fact that I’m a teenager too, it makes me happy. I have met so many people and learned so much from my experiences so far. This will always be of value in whatever I decide to do later in my professional life.” Teenagers with an entrepreneurial spirit are always a source of fascination. Some of us take years of professional experience before we build up enough courage to start something on our own. And then there’s them.

Anuja Mandore joins us from San Francisco, where she worked in Operations with a fashion retail MNC followed by a short stint with a travel startup. Today, she is VP Community and Business Development at YourStory. She loves languages, all great food and Iceland. Feel free to write to her at anuja@yourstory.com