Written by COL. Conrado B. Morgan, 7 years ago, 0 Comments

Leading and Excelling in a Time of Transformation

The “Stars and The Cadets”

The majority of the evening was dedicated to awarding thousands of dollars in academic scholarships to college bound high school seniors and currently enrolled college students to assist them in realizing their dreams of completing college.  Additionally, the numerous accomplishments of ROCKS chapters and individual members around the world were recognized and awarded.  The cadet creed was lead by the Howard Bison and the three gold star mothers (Mr. Charlton and Mrs. Janice Chance, Mr. Kenmore and Mrs. Michelle Murphy, Mr. Daniel and Mrs. Vicki Perez) were given letters of thank you from Senator Ben Cardin from the state of Maryland by Washington, D.C. Chapter’s President.

The 40th Anniversary medallion was flown in from Korea and the glasses from Fort Leavenworth in honor of Brigadier Cartwright. He served at both of these duty stations. The evening concluded with many cadets and junior officers having a unique opportunity to chat and socialize with a wide variety of senior officers and others in attendance.  Enjoy the photos in this edition and check out the full set of Gala photos at www.rocksinc.org (Photo Page List). 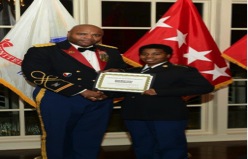 The Chairman of the 40th Annual Spring Gala

ROCKs of the Year Award Winners! 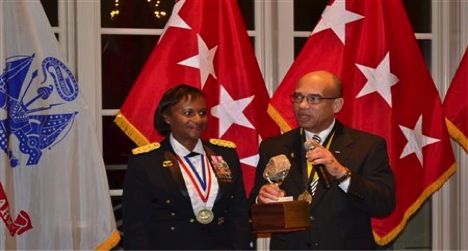 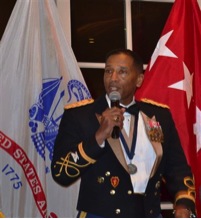 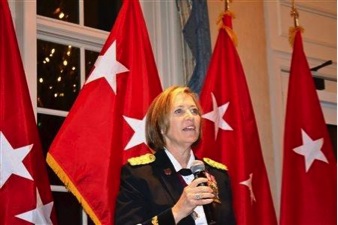 National Board of The ROCKS, Inc.

Chartered and Originating Member with

About COL. Conrado B. Morgan

Colonel Conrado B. Morgan is the Deputy Director of the U.S. Army's Center of Military History. An officer for over 31 years, Col. Morgan is an expert in logistics and operations. He is a recipient of the Defense Superior Service Medal for his work at the National Defense University as the Operations Officer, the Legion of Merit, and the Bronze Star for command in combat.