Classy! Creative! Yet Humble!  Simone Sisa Rodriguez is a native of Belo Horizonte, Brazil ~ Now based in New York, She is the creative force behind the Sisa Designs Fashion. Ms. Rodrigues began designing and sewing at the age of ten by watching her Mother while designing & Sewing.  She went on to earn a degree in Fashion Design, Business and Marketing.   She has worked in as a General Manage of several large corporations as well as a model and freelance designer for few years before launching her own label in 2009, initially focusing on exporting to Europe and the Caribbean.

According to Simone Sisa Rodrigues, her Designs are inspired by nature and rendered in warm tones focused on accentuating a woman's unique beauty and sensuality with classic elegance regardless of age or size.   Her garments are made of the finest hand-selected fabrics including chiffon, silk, lace and taffeta, often creatively embellished with feathers (Eco Friendly), flowers and crystals. Perfect cutting and draping make each design smooth and stunning. Lines include swimwear, evening and bridal gowns as well as Recycled hand crafted accessories exclusive designed.

Ms. Rodrigues' designs have been worn by various Celebrities & Top Models around the world. Several actresses proudly wore Sisa's designs at the 2014 Academy Awards Ceremony. In December 2013, EPN was very fortunate to feature Simone's Amazing Designs at the launch of NetRunway Couture Fashion Extravaganza.   I had the pleasure of wearing Simone's design at the NetRunway event.  It was quite an honor.   Her attention to details is ASTONISHING!

Many of Sisa's Designs are worn by Celebrities and Top Models and featured in several magazines, including:  Elle, Moda Brasil, My Lifestyle Magazine.

Sisa has contributed to many charity events including: Breast Cancer Awareness, St. Jude's children's Research Hospital and the Leukaemia Society. 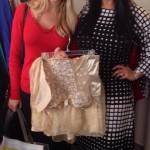 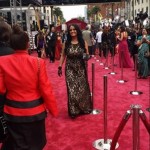 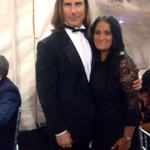 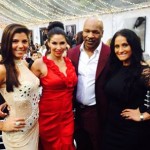 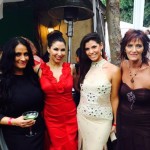