Before starting a company, an entrepreneur must ask him or herself the following question: Can I support myself for the next 18-24 months? This is specially important if you’re in your late twenties or early thirties.

It doesn’t matter where support comes from. It could be your parents, your own savings, your partner’s job, or a liquid asset you’re willing to sell at some point. It could even come from your first investor, such as an angel, although very rarely outside investors are willing to pay you a (decent) salary, especially in the early days of a startup. The important thing to remember is that it will take longer than you think before your company is making money to pay you, or an institutional investor joins in with a paycheck.

Drawn into the excitement of launching their ventures, entrepreneurs usually underestimate the sacrifices to come. Optimists by nature, they assume that something great is going to happen within a year: a successful pilot or beta launch, an investor, even a first client. Not gonna happen. Success stories about entrepreneurs who dropped out of college or left a job to support themselves on credit card debts are very sexy but incredibly rare. They do however get all the media attention. You won’t read a piece on TechCrunch about the entrepreneur who ran out of steam, shut down his company, broke up with his girlfriend in the process, and had to go back to his parents house.

The concept of time is very different for bootstrapping entrepreneurs and… well, the rest of the world! While you’re bleeding and resources are drying up, potential investors and clients will tell you comfortably: “Come back in six months or when you have more clients”. It’s a brutal catch-22 and it will drive you crazy unless you can’t support yourself and get into real world’s time.

If you’re in the early twenties or otherwise can afford it, screw it, take all risks! Starting a company – successfully or not – will be a great school anyways. If that’s not you, by all means, do also go ahead and pursue your dreams. But make sure you first do some planning on the personal front, soldier. 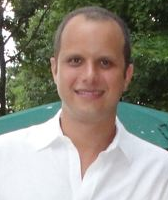 Hi! My name is Andre Averbug. I’m an entrepreneur, economist and writer. I co-founded three startups in Brazil and the U.S., worked for multilateral institutions such as the World Bank, and published several articles and a novel (in Portuguese!). I’ve lived in five countries and currently reside in the Washington D.C. metropolitan area.

I write posts based on the good and bad experiences I’ve had as an entrepreneur.  www.entrepreneurshipcompass.com