THE TIME IS
ALWAYS NOW! – THE ART OF PETER TUNNEY

photos and text by Diana Pinck

If you are going to be an artist of any importance, you must first of all have something to say, and then you have to find a way to say it.

The first time I lay eyes on a piece of Tunney art, was at ArtHamptons 2012.  It was a surfboard in a beautiful red that reminded me of childhood and fire trucks.  The word WONDERFUL was emblazoned on it in a simple and yet intricate collage technique.  I was mesmerized.  The art was beautiful, its message simple, direct and uplifting.  Looking at the surfboard made me feel happy - happy to be alive, happy to be in the Hamptons on a sunny day, happy with my life, it’s journey that had brought me here today, and happy about all the possibilities it held.

In life’s happy turn of events, I met Peter Tunney a while later at the opening of his show at Pop International Galleries, and he generously consented to an interview and letting me spend a day with him at his Franklin Street Studio in Tribeca.

“To be a successful artist you have to be understood.

The first thing that strikes one upon meeting Peter, is that he is fully present in the here and now.  He is always completely focused on the conversation and task or tasks at hand.  Though he is probably thinking about three, five, or fifteen other things at the same time, you will never know.  He remembers every detail that is spoken and sees all activity around him. His antennas are fully extended.  I think it is this quality that pulls one into the present when one engages with Peter and his art.  It is a very rare gift, and one that usually comes at a cost.  To get where he is now, Peter - like many others before and doubtlessly after him - had to go through some dark times.

Peter’s first life-changing experience came when he was 14 years old.  Riding his bike he was hit by a car and so badly injured, that he was forced to be in a body cast up to his neck for almost a year.  In the following 22 month he underwent over a dozen surgeries and spent most of his time in and out of the hospital or in bed at home, and in a wheel chair.  In some ways, Tunney wishes he had never had the accident, had been spared all the pain, missing out on school and teenage life during that time.  In other ways, he says, that the accident was probably the best thing that ever happened to him, because it taught him to seize the day, to see clearly, to be grateful for all the good things in his life and in the world, and to really appreciate them.  “That is the essence of THE TIME IS ALWAYS NOW! If you are O.K. now, then you are O.K. period!”

While immobilized and to distract himself, Peter taught himself magic. By the time he went back to school, he was good enough to pull in a nice side income performing as a magician.  Magic was Peter’s first occupation, and in many ways it still is.

The minute I started creating art that I had a deep, burning desire to make, people started showing up and wanted to buy it.

Tunney dropped out of college.  He jobbed around, worked on movie sets where he befriended great jazz musicians, and subsequently became a top car sales man on Long Island.  One of his customers, Ralph, strongly suggested, that Tunny work on Wall Street.  Tunney did, partnered up with Ralph, and had a very lucrative career.  Ralph, an artist himself, became Tunny’s lifelong friend and mentor. One day he introduced Tunney to the artist Victor IV.  Meeting Victor had a deep impact on Peter.  Here was a man who lived his life totally free to do what he believed in, which in Victor’s case was going around with his “magic wand”, i.e. his paintbrush, and painting the world.  Inspired by Victor, Peter decided to leave his partnership 1987, and declared himself an artist.

In the next few years, while still searching for his own means of expression and personal style, Tunney became the curator for Victor lV’s estate in Amsterdam, as Victor tragically drowned in 1988.  He also met Peter Beard in 1992, and Tunney became Beards curator.  Tunney learned to be a producer, an art director, a book maker, and the two Peters travelled the world together, exhibiting internationally for a decade.

Finally, in 2002 Tunney decided it was time to focus on his own oeuvre.  He was ready, and he had a burning desire to create the kind of art that he is engaged in today.  Peter did not care to become rich or famous, or to be cool.  He actually thought the art world would reject this work.  No matter, Tunney had no choice but to create this art that was waiting in his innermost heart and soul to come forth into the here and now.  As soon as Peter started creating this type of meaningful art, people began coming around and wanted to own it and buy it.  As a result, Peter Tunney has become immensely successful.

Today, Tunney says, he is one of the most grateful person you will ever meet for many reasons. He is healthy, has a beautiful wife and dear friends, he lives in NY and Miami.  He is fully engaged in this life today, and busy for the rest of his life.  His mind is overflowing with ideas.  As he moves fluidly from project to project in his studio, while conversing with me, his assistants and clients, he pours forth happiness and joy to be alive and creative.  His ‘joi de vivre’ and gratitude is contagious.  Peter Tunney is most certainly busy for the rest of his life, and his time is truly always now. 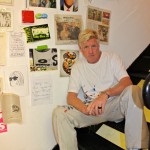 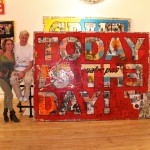 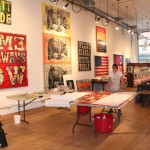 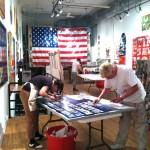 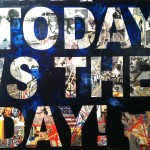 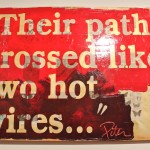 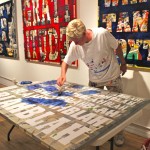 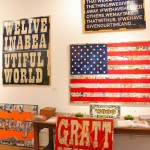 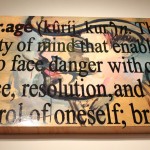 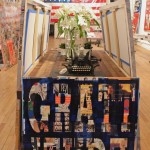 Artist Diana Pinck lives in Manhasset, New York. Diana is member of the prestigious Pastel Society of America. She is a photographer and the art and travel writer for 25A magazine, and EPN Magazine.