Smartphone Wars: 5 Things BlackBerry Could Have Done to Stay Competitive

There is little doubt that Blackberry is a brand in peril. With the news late last week that the company would be shedding almost 40% of their staff on the back of a $1 billion loss last quarter, it is little wonder Blackberry's leadership placed a trading halt on the company's stock while they held talks with private equity firms.

How the mighty have fallen. Far from the heady days where Blackberry held the dominant position in an emerging smartphone market, recent years have seen the company struggle to maintain any foothold in a sector increasingly dominated by Apple, Samsung and various Android devices. Today, Blackberry accounts for a mere 3.8% market share in the US – down from 43% in January 2010.

In considering the demise of such an iconic brand, the question of course if what could they have done differently? Were there tactics that could have been employed in years past that could have seen Blackberry avoid their current collision course with irrelevance?

Having tracked over 500 brands in recent years examining what distinguishes the enduring from the endangered, I would suggest that there are at least 5 things Blackberry could have done differently. They could have: 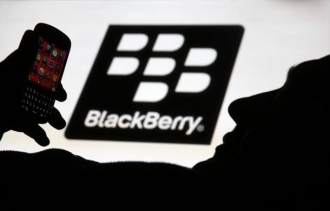 Although the full QWERTY keyboard had become a key function of Blackberry's market uniqueness, the point stands that the company waited far too long to release a touch screen device. While the rest of the market was shifting away from in-built keyboards, Blackberry doggedly stuck with their tried and true format and quickly lost appeal to a new generation of consumers.

Naturally, such a deviation from the past would have lost Blackberry some cred with it's existing fans and could have eroded their market uniqueness. However, letting go of this tried and true design from the past was in fact a critical step for the future.

As Steve Jobs once observed, 'if you aren't willing the cannibalise your own product, someone else will do it for you.'

2. Recognized much earlier that consumer desires were changing.

In the early days, Blackberry won favour due to the robust security of features such as the company's email solution. While this worked well for wooing a corporate market, Blackberry failed to recognize that sexy features were quickly taking precedence over software security in the mind of an average consumer.

As the role of a smartphones increasingly grew beyond phone functionality, Blackberry got stuck selling features that mattered less and less to their customers.

3. Made more fundamental changes to its operating system.

Blackberry stayed too safe for too long. While rivals were releasing vastly new operating systems for their devices, each new Blackberry release was only an incremental improvement on its predecessor.

In this, there lie lessons for other smartphone producers such as Apple. Evolutionary change is not enough in the fats-moving technology space. Revolutionary innovation is required to stay ahead of both the curve and competition.

4. Been more outwardly open and flexible.

Blackberry's rules and restrictions around app development were recently described as 'draconian' by one industry insider.

Such a rigid and restrictive approach actively dissuaded external innovation and resulted in Blackberry being left behind as Apple and Android smartphones were becoming increasingly app-driven.

The company could have better recognized the threat posed by the Bring your Own Device shift. While Blackberries were once the company-issue handset of choice, as white-collar employees began bringing their own devices to work en masse in the late 2000s, Blackberry executives raised the alarm.

Despite this, company CEO Jim Balsillie famously dismissed their concerns as not worth worrying about – an error in judgment that has cost the company very dearly.

In reality, had Blackberry and their leadership preempted this shift rather than ignoring it, they could have taken steps to mitigate the damage.

While a world without Blackberry may have been inconceivable just a few short years ago, this possibility is one that is becoming very real. Just as Nokia recently agreed to join the Microsoft fold in an effort to stave off annihilation, Blackberry will need to make some very difficult choices in the months to come if they have any hope of survival.

This is a guest post for Business Insider Australia by Sydney-based social researcher Michael McQueen.