Classical/rock violinist Daisy Jopling was born in London, and now lives in NYC. She has toured the world, recorded 7 albums, and was signed to BMG RCA Victor with the creative string trio “Triology.

Her Solo work has included playing a concerto at the Royal Albert Hall in London at the age of 14, and playing before 30,000 people at the opening of the Vienna Festival.  Daisy   is now on tour with the Daisy Jopling Band.

She is also passionate about bringing children the opportunity to learn a musical instrument, and perform in great concert halls.

Violinist Daisy Jopling was born in London, and now lives in NYC. She has spent the last 12 years living in Vienna and touring the world with the creative string trio “Triology”, with whom she has recorded 4 CDS, 2 with BMG RCA Victor.  www.triology.cc.

Her Solo work has included playing a concerto at the Royal Albert Hall in London at the age of 14, and playing before 30,000 people at the opening of the Vienna Festival in May 2004 and 2005.

She has performed and toured with some of the world's leading musicians, including Joe Zawinul, Bobby McFerrin, Omara Portuondo, Julian Rachlin, Janine Janson, Boris Grebenshikov, Shubha Mudgal and
Wolfgang Muthspiel.  Daisy has performed in many of the major Festivals and concert halls throughout the world, including Carnegie Hall and the Lincoln Center in New York, the Musikverein in Vienna, the Salzburger Festspiele, and the Edinburgh International Festival in Scotland.

She has participated in writing the music for many films, including arranging and recording with Triology the music of Hans Zimmer in Hollywood, “Spanglish” and “The Road to El Dorado”. Daisy has composed
music for various ensembles which has been performed in major concert halls throughout the world, and has written the music for a puppet show in NYC, "Feathers from the Sky".

"dazzling us with her musicianship"

"A lightening of the soul as the music fills the room"

The Concerto for Violin, Rock Band, and Orchestra to make its worldwide debut in Peekskill

Westchester County, N.Y. (May 2, 2013) – The Paramount Hudson Valley, formerly the Paramount Center for the Arts, is excited to announce its re-opening with the Daisy Jopling Band and the Westchester/Putnam Youth Symphony (WPYS). Together the two will debut. The Concerto for Violin, Rock Band and Orchestra, a highly anticipated collaboration between Jopling, WPYS, and acclaimed German composer Tristan Schulze. The concert event will take place on Sunday, June 9, 2013 at 7:00pm in Peekskill.

Originally built as a 1500-seat movie palace by Publix Pictures, a subsidiary of Paramount Pictures, the Paramount Theater first opened its doors on June 27, 1930.  After recently changing management and renaming to the Paramount Hudson Valley, the nonprofit theater will operate as a year-round multidisciplinary center for the arts, with live performances, arts-ineducation programs, films, and visual art exhibitions, serving over 63,000 people annually from throughout the mid-Hudson Valley Region.

It’s no surprise that the re-opening of the landmark theater will include Jopling, a Peekskill
resident and veteran of the Paramount’s stage. She is actively involved with students in the
area’s public schools to bring the world of music to them; when she’s not spreading her mission
of introducing young listeners to the world of classical music (with an edge, of course) and the
violin, she tours. Not only has Jopling lent her energetic performances to venues a stone’s
throw from her home, but she has also performed in most of the world’s renowned halls, playing
alongside rock stars of the classical music world including the composer of the upcoming
Paramount re-opening concert, Tristan Schulze.

The Concerto for Violin, Rock Band and Orchestra is a fiery 45-minute composition written
exclusively for Jopling and WPYS by Schulze, an international composer and musician. Schulze
traveled to the U.S. and worked one-on-one with the students of WPYS on the composition,
which incorporates flavors of jazz, rock, tango, latin, irish folk music, the blues and more.  As for
Jopling, she and Schulze have been collaborating on projects since 1994. He has written two concertos for Daisy, both successfully received.

Westchester/Putnam Youth Symphony teamed up with Jopling at her request after she witnessed the group perform at the Paramount Center for the Arts last spring. “I was so struck by the eagerness, professionalism, and enthusiasm of the young musicians that I felt compelled to do something special with them,” said Jopling. “This concert is an opportunity for these young musicians to have a once in a lifetime experience and it will allow the symphony to explore music from different genres in new ways.”

Cheryl Havens founded WPYS in 1996 with nineteen members. Today, WPYS is comprised of over 100 young musicians ranging from ages 8 to 18. The organization provides students with the chance to perform works by various composers such as Bach, Mozart, and Tchaikovsky, as well as more modern works and pieces that have been written by WPYS members. Havens, who holds a Master’s Degree in Music Education, has served as the Music Director and Conductor for more than sixteen years.

“Daisy has a zest for music and children that is wonderful to behold and she puts genuine enthusiasm into her music projects, especially those involving kids,” said Havens. “Our young musicians are extremely appreciative of this opportunity and were thrilled to discover that all of their ideas and suggestions have been incorporated into the Concerto…they really feel like it’s ‘theirs’ and we are so excited to share the finished masterpiece.”

Paramount Hudson Valley’s re-opening concert with the Daisy Jopling Band and the Westchester/Putnam Youth Symphony starts at 7:00 p.m. Tickets are $50, $35 & $25 and can be purchased online at www.brownpapertickets.com. For more information or to purchase tickets by phone, call 800-838-3006.

About the Westchester/Putnam Youth Symphony
The Westchester/Putnam Youth Symphony (WPYS) is an orchestra in New York State founded in 1996 that is dedicated to enriching the musical experience of young musicians in Grades K through 12. WPYS provides an opportunity for students in the Northern Westchester and Southern Putnam area to meet peers with a similar interest in music. It also provides students with the chance to perform works by various composers such as Bach, Mozart, and Tchaikovsky, as well as more modern works and pieces that have been written by WPYS members. www.windborne.net/wpys

Violin sensation Daisy Jopling, whose fusion of classical training and rock prowess has graced prestigious stages from Carnegie Hall in New York City to the Royal Albert Hall in London and has toured the world with the creative string trio, Trilogy, with whom she was signed to BMG/RCA Victor and arranged & recorded Hans Zimmer’s music for the Hollywood Films “Spanglish” & “Road to El Dorado.” Her solo work is renowned worldwide and has included performing for an audience of 30,000 opening the Vienna Festival in Austria. Jopling is a strong proponent of music education and is actively in encouraging children to develop their love for music. She is currently on tour with the Daisy Jopling Band. 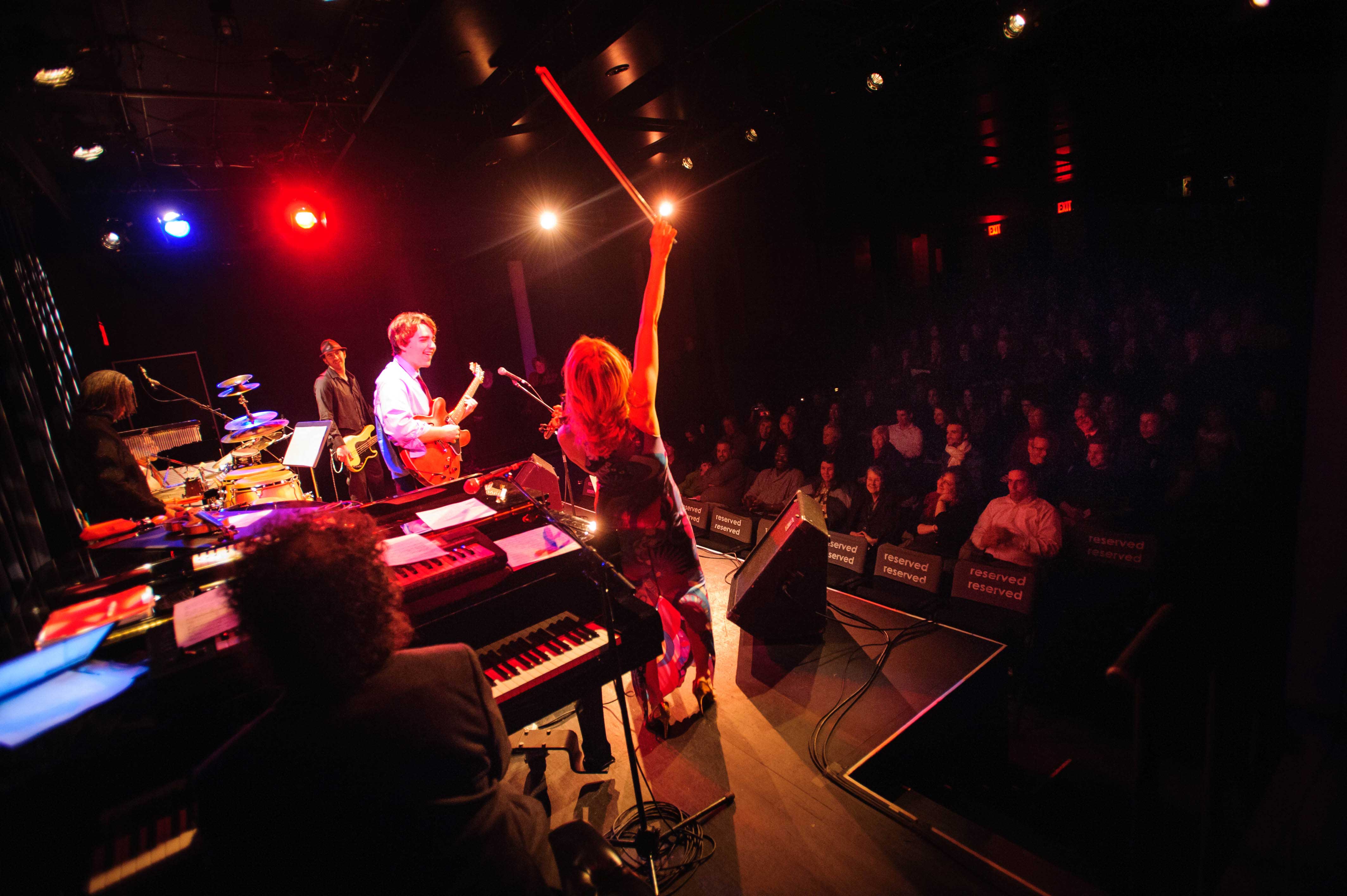 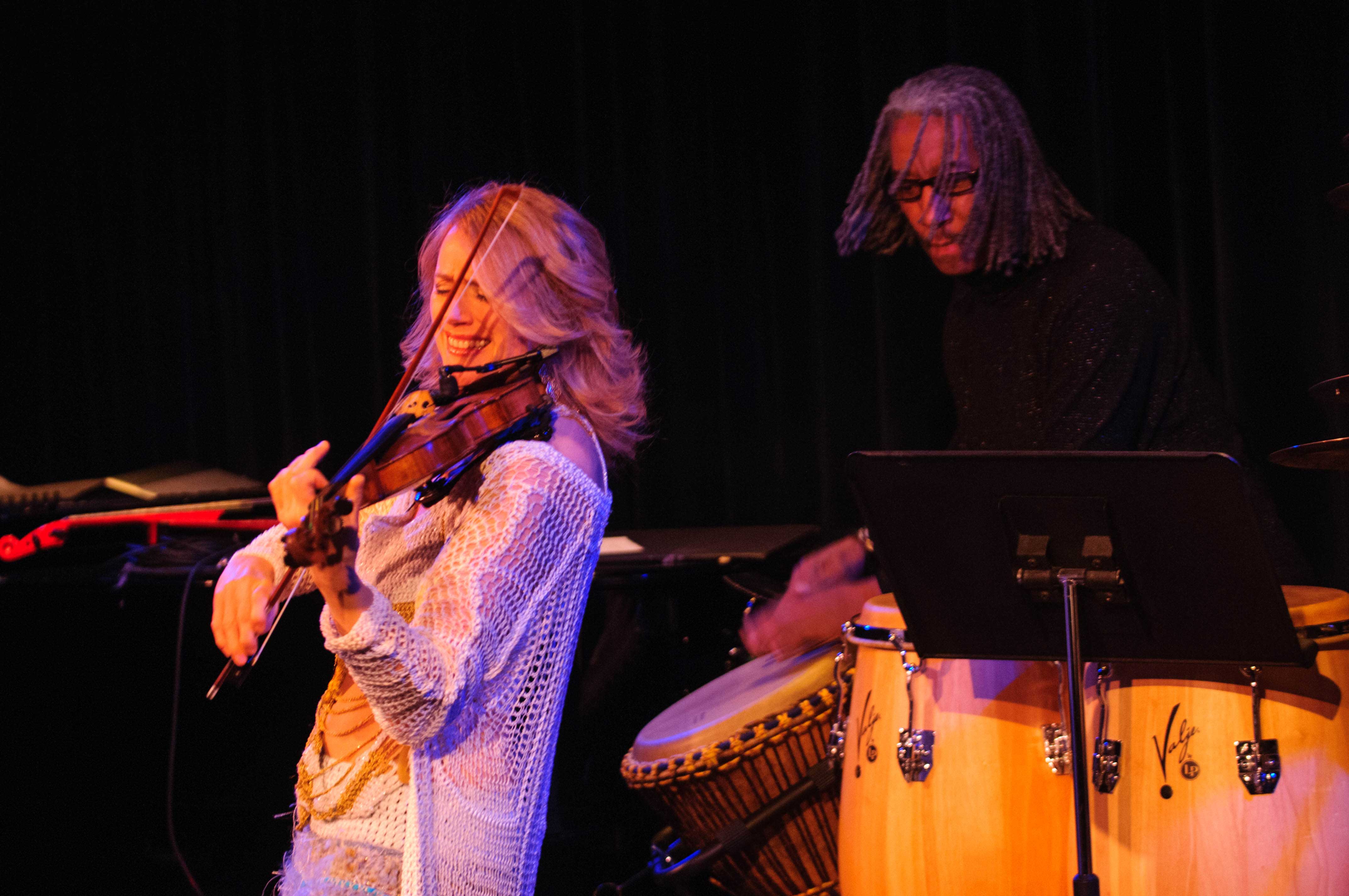