Fran Capo
“Woman of Many Talents” 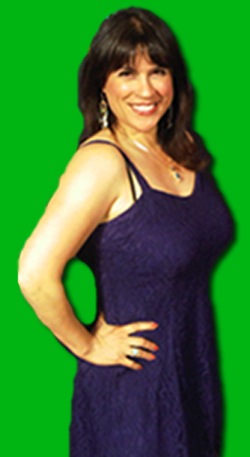 Why do we call Fran Capp Wonder Woman?  When EPN heard about Fran from our Dear Friend, Singer Dalal, we knew we had to interview her!  She is quite a talent!

Fran Capo is a comedienne, motivational speaker, 18 time author, spokesperson, TV host, comedy producer and 6 time world record holder most known as the Guinness Book of World Records fastest talking female clocked at 603.32wpm. (Just ask her EX-husband). She is also an adventurer who has bungee jumped, scuba dived with sharks, eaten fire, crawled in a polar bear den, driven race cars and done a book signing both on the top of Mount Kilimanjaro and then one down by the wreck site of the Titanic. She's also an ordained minister (Ye,s, she prays that she comes out of all her adventures alive!). Fran has been featured on over 4500 radio shows, and 350 television shows including Entertainment tonight, Fox & Friends, Martha Stewart Show, CNN, The Late Show & Good Morning America. She has performed on every continent (even Antarctica - the penguins were dressed very nicely.) She was recently cast in a reality show called, "Ladies of the Pulpit", and her three latest books are "Myths and Mysteries of New York",  "Hopeville: the City of Light" and "Almost a Wise Guy." Also , known as Travel Adventure Mom she blogs for traveling mom and also does Movie reviews for New Media Stew with Fitness Celebrity John Basedow. Recently voted one of 2012 "Most Memorable Characters" by the Journal News, you can catch her motivational humorous vlogs, called Cuppa Capo on her Youtube.com/cuppacapo channel or go to www.francapo.com to see what this one fast mother is always up to.

EPN:Growing up when did you first realize you had such an array of skills and abilities?

And I invite your readers to join my newsletter through my website it is filled with humor and motivation!

Until then, create a great life!