Pamela Quinzi is a Fashion Designer born and raised in Rome, Italy. 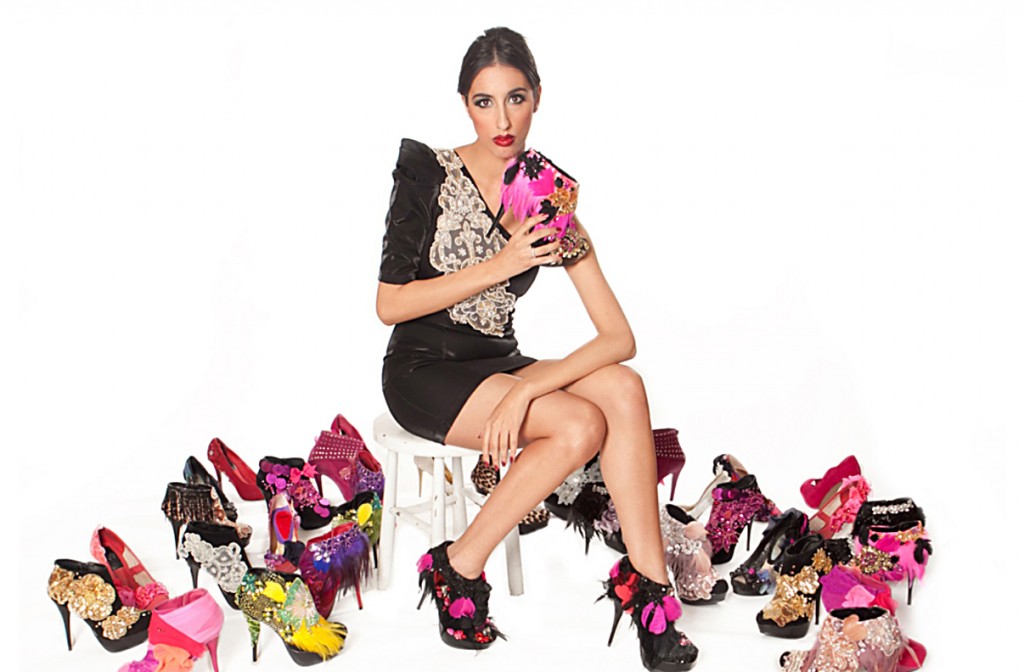 At the age of 14 she decided to attend the Institute Armando Diaz in Rome, an Italian high school specializing in fashion. Learning about the Fashion business she was also an intern for the oldest Italian couture brands: Sorelle Fontana, Gattinoni, Sarli. After earning her high school diploma, she moved to Milan and attended the Institute Marangoni for four years, studying fashion design with a specialty in accessories. She graduated in 2005, starting her carrier in Milan.

Pamela has designed extensively at the upper echelons of the fashion industry. She was responsible for the development of two collections for the iconic Fiorucci brand: Fiorucci and the Fiorucci Pin Up Collection. She developed Nijole's women’s collection of clothing, evening dresses, and accessories, including bags, shoes, and jewelry. She developed a highly regarded clothing and accessory line for Shane and a beachwear collection for Cala Di Volpe – Bain De Minuit. Working alongside the acclaimed designer Rossana Buriassi, she designed collaborations with leading luxury lines such as Armani Privé, Dolce e Gabbana, and Fiona Swarovski. With the Massimo Bonini Showroom, she developed the woman’s shoe collection for Paolo Ferrari’s autumn and winter 2008-09 collection.

In the summer 2009 she came to New York City to do research, and she fell in love with the city. “After 10 minutes in Time Square, I knew I had to live in New York! This city brings so much energy to my life and inspires my work. I spent the summer in Manhattan and returned to Italy to pack up my apartment.” In October 2009, Pamela moved to New York and started to collaborate as designer for an american company very well known for handbags in the fashion world, Gustto Inc. In 2010 she started her fashion art collection inspired by New York life, a touch of ‘80s referencing and baroque allure. Unique handmade pieces, minidresses  and accessories. The most important pieces in her collection are the shoes - one of a kind pieces that she customizes by hand. The Italian magazine Fashion Basix called her “The new Cinderella of New York City," a name that has caught on and inspired her blog cinderellaofnewyork.com, where one can catch a glimpse of what makes a princess tick. Her concept of woman is sexy, chic, elegant, a New Pop Princess! Her work is flirty, fun, and hip. She does research everyday, working with embroidery, lace, vintage pieces, Swarovski crystals, giving her creations a magic atmosphere.

In April 2010 she had the opportunity to show her first collection in a Fashion Show: “New York Pop Princess” at the Greenhouse nightclub. in Manhattan. It was a real success and she’s been contacted for many other events, collaborations and shows. Since September 2010 has been a highlight of every New York Fashion Week with shows in exceptional venues. On June 7th, 2011 Pamela won first prize in the Pontemilvio in Moda Fashion Competition in Rome. September 24th, 2011 Pamela won the prestigious Italian award Premio Raffello 2011 Excellence of Made in Italy. May 2012 Pamela officially launched the new brand KILAME Designed by Pamela Quinzi. The label will feature her one-of-a-kind shoes and couture concept. Follow your dreams. Kilame is the proof that if you believe in yourself your dreams can come true!